First and most important stop is the historical bridge of Arta, one of the most famous bridges of Epirus , southwest of Arta, symbol of sacrifice according to the legend. In old times it used to be the only connection between Arta and the flatlands. The neoclassical building standing next to the bridge, built in 1864, has been restored by Musical-Philological Association of “Skoufas” and today accomodates the Folklore Museum of Arta.

The tour around monuments of Arta continues with the byzantine church of Panagia Parigoritissa, on the southwest side of Skoufa Square. It is one of the most important monuments of the Despotate of Epirus, dating back to the 13th century, and taking a prominent position in history of Byzantine Art. 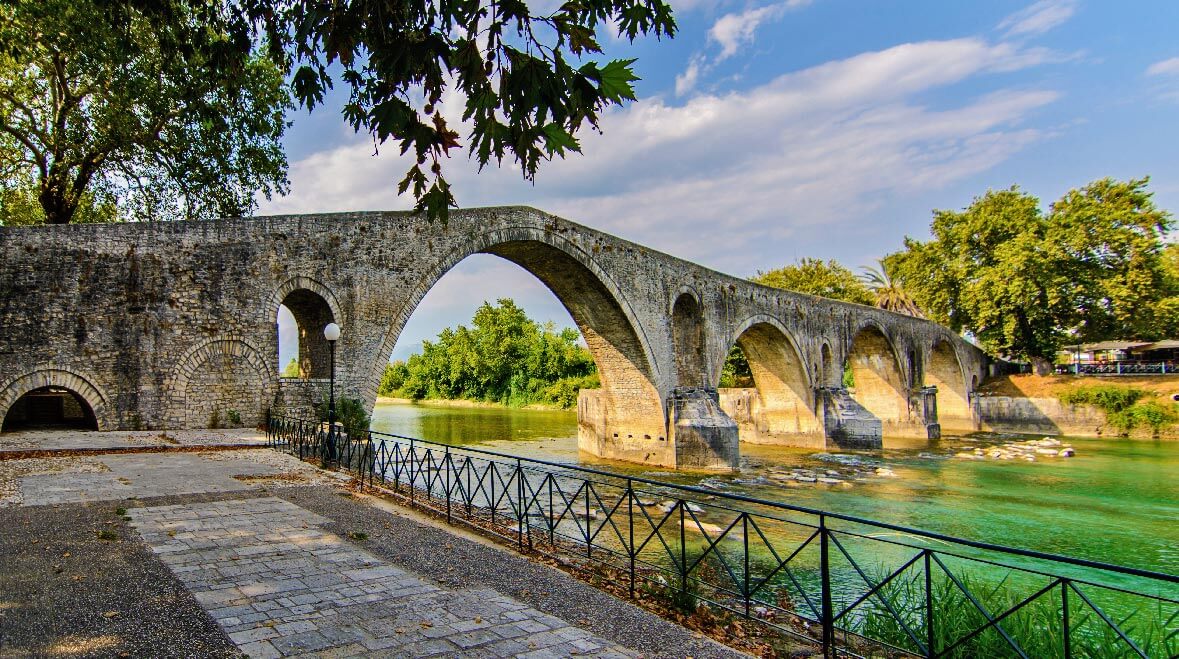 The Bridge of Arta 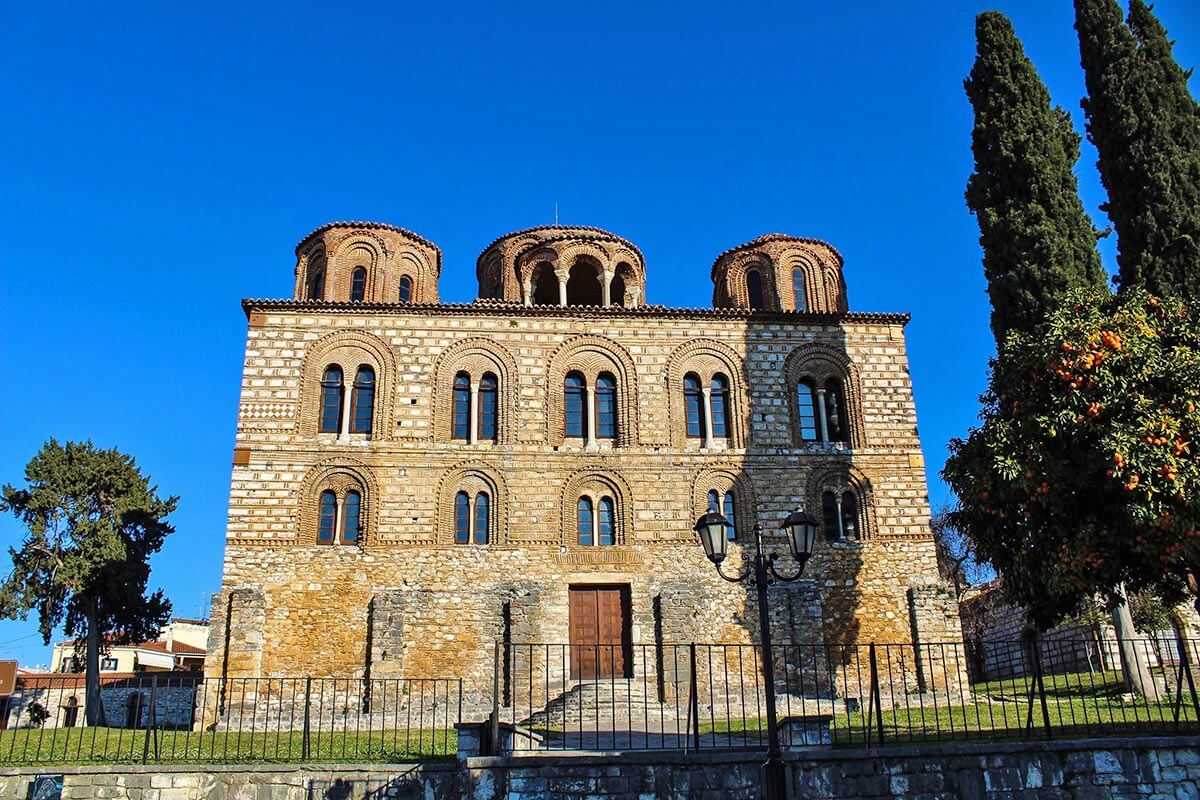 About 50m. from Kilkis Square in Vasileos Pyrrou (King Pyrros) street, in the center of the city, lie the remains of the temple dedicated to Apollo Pythious, dating back to late archaic period.

In Agios Konstantinos street, in a short distance from the temple of Apollo, the Small Theater of Ambracia has been unearthed. It was erected on top of the mosaic floors of the mid-fourth century baths. The Small Theater is one of the cultural routes destination, together with the theaters of Dodoni, Nikopolis, Kassopi and Gitana. 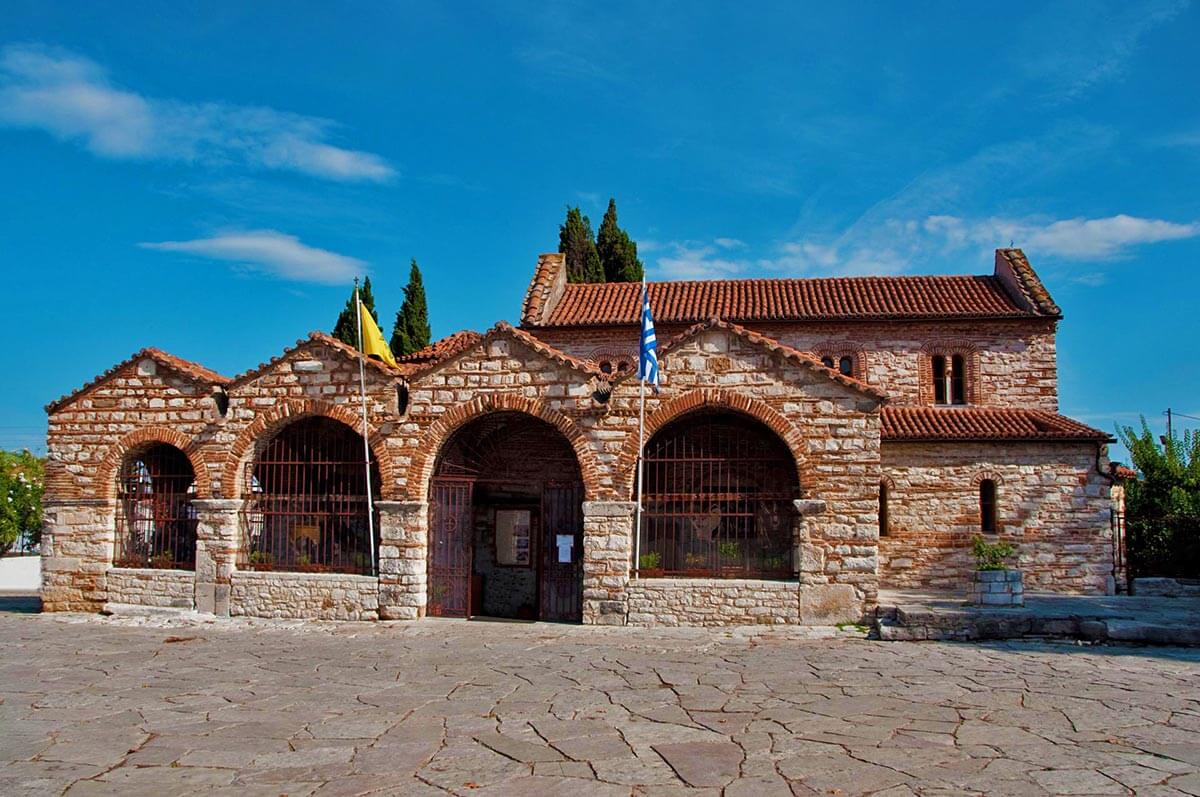 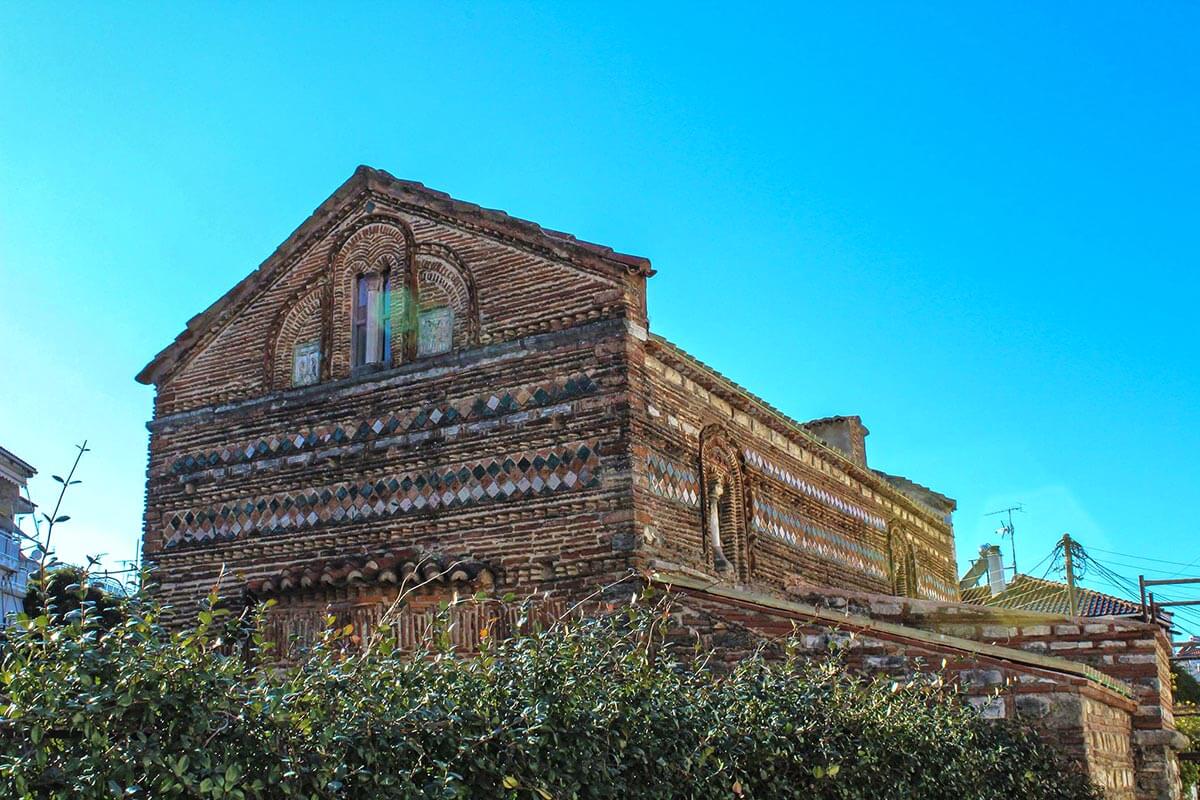 Following up from Vasileos Pyrrou street, a small path with an arch will lead you to the byzantine church of Agia Theodora, queen and patron saint of Arta, which dates back to the 12th century.

An other important for it's unique decoration byzantine monument is Agios Vasilios church, it is located in Agios Vasilios street and in a very short distance from Agia Theodora church, dating back to the end of 13th century. A few preserved mansions in the old neighborhood of Agios Vasilios, such as the Zorbas mansion and the Papakostas mansion, are worth visiting. 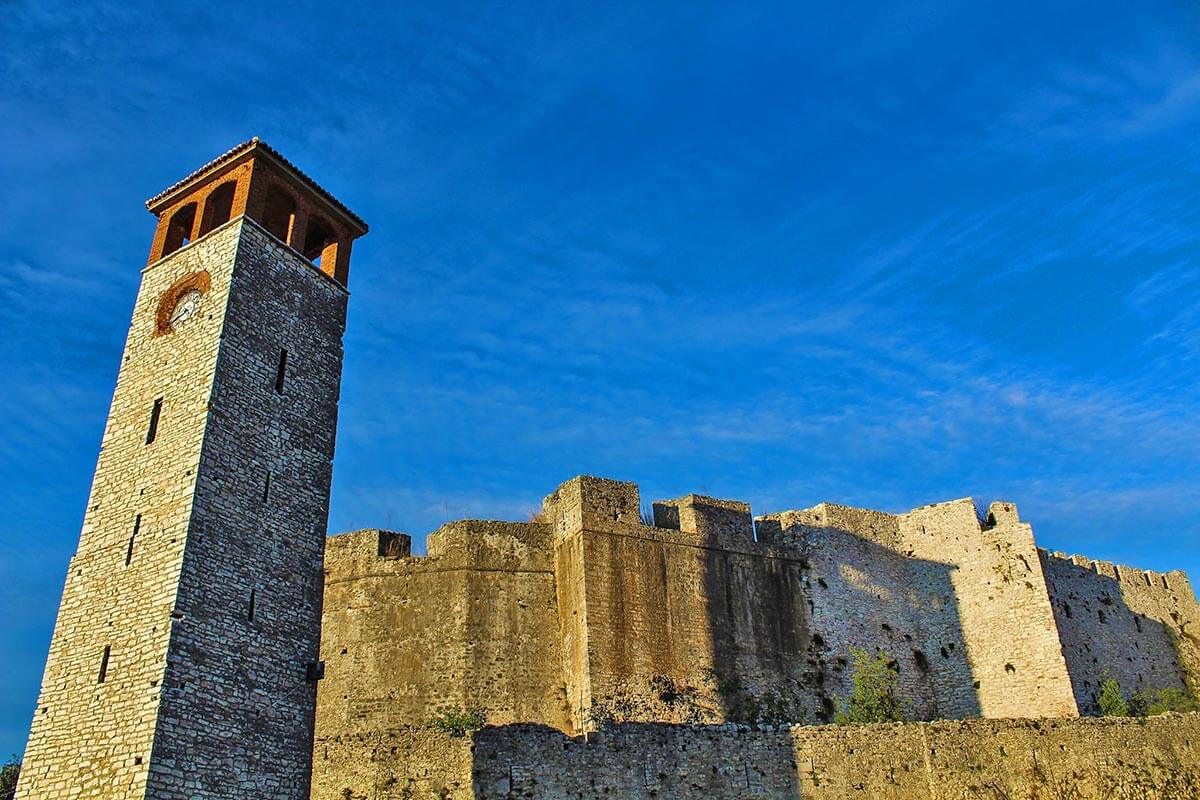 Nikiforou Aggelou street leads to the great castle of Arta. Typical of the Byzantine architecture and medieval style, it was built in the 13th century under the initiative of Michael II Komnenos Doukas. Next to the castle stands the clock tower, an ottoman masterpiece, one of the oldest clocks in Greece.

A ten minute walk from the center will lead you to Kommenou street where the cemetery of Ambracia extends. It has been in use throughout it's long history and it includes the Polyadrion, a cenotaph that honours the city's warriors. 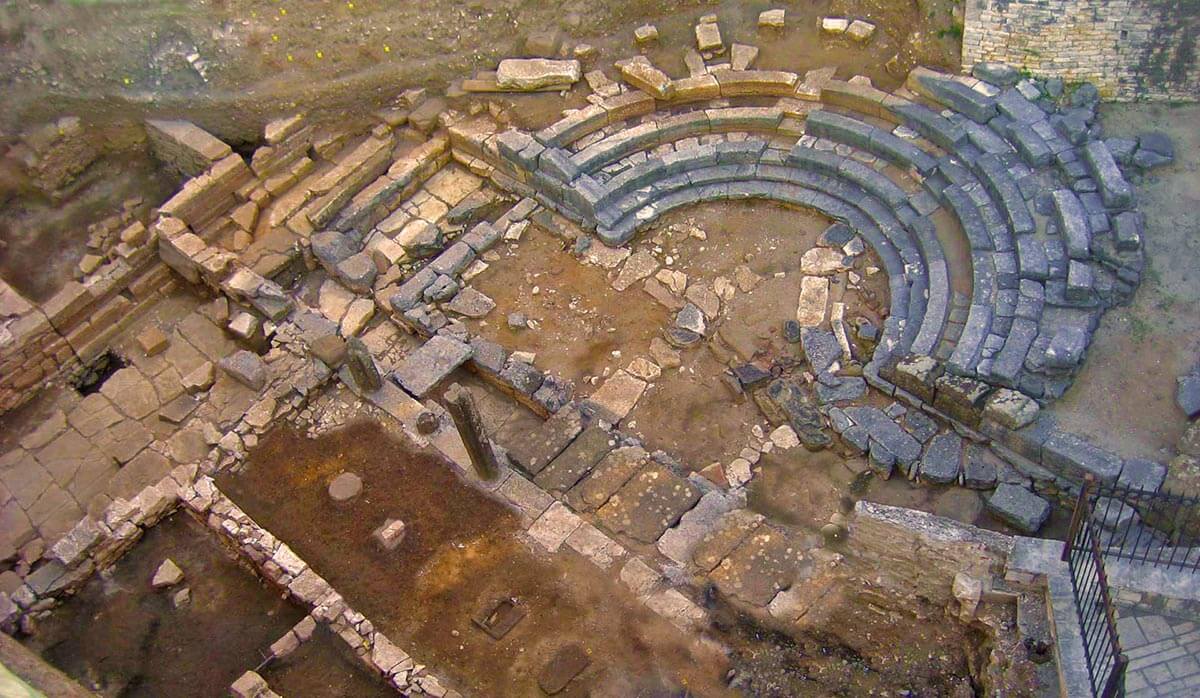 At last, our city's contemporary archaeological museum is worth mentioning. The exhibition is defined by three main sections: public life, burial customs and domestic life of the people of Ambracia.

Only 2,5 klm. Away from Arta stands the Imaret, a great ottoman mosque. It is one of the only two existing mosques in Arta.